The Wedding at Cana of Galilee 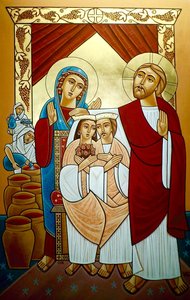 St. John is the only one who recorded the events of the wedding at Cana in his gospel (John 2:1-11), since he was one of the witnesses of the event. He was the only one who knew the details of the conversation between Christ and St. Mary, as St. Mary stayed with him in his house for a long period after the crucifixion and told him about all these things.

The events happened in “Cana” of Galilee, which is about 6 miles northeast of Nazareth. It is about a 2 hour walk. This feast is one of the minor feasts of our Lord. It happened on the third day of Epiphany. That's why the church celebrates it on Toubah 13th as Epiphany is on Toubah 11th.

Beginning of a New Year

If there is a contest to choose from all the years of your lives, which one of them will be the best? Do not make yourself tired to search the past, but I wish that the New Year will be the best, and to be the ideal year.

May this coming New Year be the most acceptable before God and men. Let us remind ourselves with these words before the beginning of every New Year. Some people train themselves to have an ideal day to spend in the best spiritual and social manner. So, let us have an ideal year in which every day and every hour is ideal.

The Christ of the Samaritan Woman 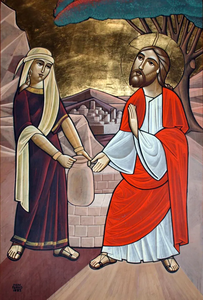 The relationship between Jews and Samaritans was characterized by hatred and enmity, even until the point of death. The reason for this is rooted in the Jews' pride and arrogance towards the Samaritans, because the latter married from the Gentile pagans in the post exilic period. This led the Jews to sever all ties and contact with them. This enmity started at the time of Nehemiah and Ezra the priest who refused to let them help in rebuilding the temple or even in worshiping with them. This led the Samaritans to building another temple on Mount Gerizim in 409 BC.

During the time of Christ, the Samaritans refused to receive Christ in their city. (Luke 9:52-56) However, Christ planned to meet with them by way of His meeting with the Samaritan woman. Thus, He spent some days with them eating and drinking, talking with them and showing them His gentleness and compassion, which ultimately led them to believing in Him and bearing testimony that He is the Savior of the world.

He Was Lost And Now Is Found

It is very better for a man not to sin, and if he sinned, he should repent quickly for his sins to be forgiven as God gave us his promise, as the Prophet said “For I have kept the ways of the LORD, and have not wickedly departed from my God. For all his ordinances were before me and his statutes I did not put away from me.” (Psalms 18:21-22)

But if one insists on committing the sin and does not repent, he can not escape from perishing as the Lord said, “I tell you, No; but unless you repent you will all likewise perish“ (Luke 13:5)

God loves you and he wants you to live, not to perish.

The Baptist and the Christ 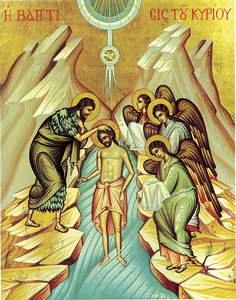 John the Baptist is an intriguing person. He is the last prophet and he is the first one crying in the New Testament. He is the greatest among those born of women. But he who is least, is greater than he, a sign to Jesus Christ who in the flesh is six months younger than John the Baptist (Matthew 11:11). The son of the priest, but he never practiced his priesthood in the temple. He is the only prophet about whose service prophecies were written (Isaiah 40:3-5; Malachi 3:1; 4:5) due to the importance of his role.

This voice crying in the wilderness had to come before the Christ who does not cry or shout and whom no one in the streets heard him. He is the connection between the Old and New Testament. He was the only prophet who saw the fulfillment of his prophecy of Our Christ. His final task was to witness to the true light. “There was a man sent from God whose name was John. This man came for a witness to bear witness of the light, that all through him might believe” (John 1:6-7). For this reason, his role was not to prepare the minds by explaining old commandments, but to prepare hearts to see the true light and recognize it.

St. Ambrosious says, “Many regard John the Baptist as a symbol to the law, it can rebuke sin, but not forgive it."